An increasing number of sectors are adopting smart mirrors says Jarábik Barbara. End-users are testing these mirrors in trial phases in places such as elevators, public restrooms, and hotels. Advertisers can gain significantly from the use of smart mirrors as they can be used for target advertising. “Smart mirrors can increase sales in the retail sector by improving customer engagement in dressing rooms. Smart mirrors combined with RFID and display technology can provide user-specific suggestions, thus helping to increase sales. More smart mirrors are likely to be installed in various places in the coming years,” according to Barbara Jarabik.

Digital signage has advanced at an incredible rate during the previous decade, with the market expected to grow constantly in the future. The digital signage sector is gaining traction, and in the era of AI and analytics, the promise of an increasingly intelligent, “predictive” screen will only add to that impetus. What was previously a passive medium for broadcasting information to consumers has evolved into an immersive and engaging platform for streaming customized material to viewers, providing real-time value.

Customers all around the globe are embracing digital signage to boost their businesses and distinguish themselves from the competition. However, new demands are rising, necessitating more complex and adaptable technologies. Digital signage is engaging our senses more than ever. We’ve already seen technology stimulate our sense of touch for over a decade now, with touchscreens and fingerprint sensors. Now, NTT, a Japanese telecoms provider, has taken digital signage to the next level by adding aroma-emitting devices to it.

Retail was among the first sectors to install massive digital screens in storefront windows and see the value of employing these screens for more than simply advertising and marketing. One of the first companies to realize this was Burberry. They placed mirrors around their flagship Regent Street store in London that also served as digital signage agents. The mirrors displayed advertising material but also responded to the items selected by customers in front of them. For example, if you passed one of these mirrors while wearing or holding a top, skirt, or trench coat, the RFID-enabled display would start showing runway videos of the item you’re holding or wearing.

Education has often been a sector that has lagged behind in terms of adopting technology due to limited funds and time-consuming methods of implementation. However, when given the opportunity to use tech in educational institutions like schools and colleges, digital signage has immense potential to be a game-changer. Merchant Taylors’ School in the UK employed digital screens to display live streams of current currency rates, stocks, and news from outlets like The Financial Times, CNN, and BBC to students who had Economics as part of their curriculum. These real-time developments were then reviewed in class, and students could enrich their financial knowledge just by looking at the information on the digital signage as they walked to class.

Similarly, the school also used separate social media streams for various courses and year groups, which were subsequently shown on screens outside of lectures and classes. These streams were updated by the lecturer of those lessons tweeting from wherever they were on campus at that moment, and students would instantly see lecture times, venue changes, and even class notes and study material by simply checking the displays. 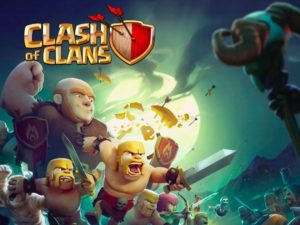