Excellent book reads with Mocienne Jackson? Michael Jackson is one of the most loved artists in human history and that’s why everything related to him is huge. You maybe heard about the case of Mocienne Petit Jackson, called by the press the Michael Jackson’s secret daughter. What you probably didn’t know is the fact that Mocienne Petit Jackson is a fertile writer, with plenty of book available on Amazon and most of the other major book retailers. Against the conclusion that has been drawn by members of the international press, the L.A. County Superior Court did not reject the claim of Mocienne Petit Jackson in 2010 on the grounds of the case’s integrity. Instead, the request to validate Ms Jackson’s claim using DNA evidence from the deceased Michael Jackson was not granted due to the fact that the State of California does not possess the jurisdiction to conduct DNA tests on the deceased. As a result, the case has remained open indefinitely. The Court did not rule it as being impossible, therefore, that Michael Jackson is the father of Mocienne Petit Jackson—merely that it is impossible to determine through legal means. Ms Jackson filed documents to the probate court in July 2010 in order to validate the fact that the late pop star Michael Jackson is indeed her father and thus to claim an inheritance. Find extra information at Michael Jackson books. People like to say you are mentally ill if they cannot handle the truth about something or someone. In this case that would be the truth about Michael Jackson and me, Mocienne Elizabeth. They worship artists like they are Gods and drop them like hot bricks when they become big stars. The lives of artists have shown that their stardom is an illusion that makes us want to rise above ourselves. Because I work in the healthcare I have a great interest in many organisations. I read daily about what is happening in this world. My interest in the world began when I was nine years old and I saw humanity right Gandi on the newspaper. As a small child I was so impressed about this man, it has changed my live. In the darkness of my time this man learned me to always take control of the human being of who you are inside. Gandi believed in the goodness of human and he learned me to see that, so I could respect people like Nelson Mandela, Kennedy’s and Martin Luther King and people who dedicated their live for humitarian rights, like this wonderful woman around me, politician Els Borst, who I had the pleasure to meet and I have great respect for her euthanasie law in the Netherlands.

She asserts that the stories which had been published in late-2010 in light of the case have had a damaging effect on her reputation and on her business operations, and she expresses her belief that some measure of responsibility ought to be taken for the detrimental effects that being in the media spotlight can have on one’s repute. Ms Jackson also points out that the role of social media runs in a similar vein—alleging that it was used as a means to verbally harass her in relation to the court case, as well as to spread misinformation more generally. Ms Jackson filed documents to the probate court in July 2010 in order to validate the fact that the late pop star Michael Jackson is indeed her father and thus to claim an inheritance.

He has set multiple Guinness World Records: Michael has set an unprecedented 39 Guinness world records. He was also inducted into the dancing hall of fame and songwriters hall of fame. This makes him the most awarded artist to this date with 800+ awards. Michael Jackson 1993: The American singer Michael Jackson in the opening of one of the concerts of his “Dangerous tour” in 1993. Photo by Contru-Centro. Micheal Jackson Did Karate: At the time of his death, he had a black belt in karate which he was awarded in the late 1990s in Japan.

The ascent of Michael Jackson’s daughter, an author : Mocienne Petit Jackson? Jackson established nerve centers at Record One and Larrabee Studios, just a few miles down Ventura Blvd. The latter had the SSL mixing console that Riley needed to make the tracks slap, and despite his pop reputation, Jackson wanted his new songs as hard as humanly possible. Engineers remember Jackson demanding that they play the New Jack Swing songs so loud that your ears bled. He invariably blew up a pair of headphones each session. As you’d expect, the recording process boasted its requisite share of idiosyncrasy. Nancy Reagan visited the studio once, requiring the Secret Service to search the place for hours prior to her visit. Brooke Shields called frequently to talk to Michael, who materialized every day in the same black dress pants and red button-down shirt (he had a clothing rack of just two items).

But if you recall the release of his landmark records, you’ll remember his promotional magic. Everything from the time the first single hit radio stations to when the big video premiered, it was all something out of this world. Technically, that was always the most exciting aspect of a Jackson release. We loved the music, but we loved seeing what he’d do with it – namely his videos, which are arguably just as important as the music itself. (Hey, even Invincible had that delectable “You Rock My World” video.) They’ve tried to recreate that idea – what with the world premieres of tracks here and there – but it will never be the same. So, that leaves us with just the music.

When Michael Jackson was alive, I received anonymous phone calls that my son Joshua would be kidnapped. Therefore I had to bring him to his father in 2003. In 2010 I ended up in the world media after I had made a request to the US court to do a DNA test with the now deceased artist Michael Jackson. The entertainment industry thought it was a strange story, with the result that people on various websites and in newspapers called me wrong.

Off the Wall (1979): The debate to definitively name Michael’s greatest album will rage until the end of time and Off the Wall makes a strong, strong case for the crown. Coming off his star-making role in The Wiz, MJ capitalized on that momentum with an album that turned the music industry on its ear. MJ’s brand of pop soul (with a dash of disco) created an ENTIRE ALBUM of timeless tracks – almost 40 years later, they still burst with boundless energy. Off the Wall is the very definition of a classic album – it revolutionized the music industry. But Michael topped it just three years later. Forgotten Favorites: No such thing as a “forgotten favorite” here but go with “Working Day and Night,” “Girlfriend” and “It’s the Falling In Love”.

We follow her in her coming of age, which unfolds for us through trial and error. Mocienne gets a friend and the mother of a son. This commitment will not last long. There is a continuing disagreement with the Child Care and Protection Board, which has resulted in various lawsuits. These first concern her own situation, later that of her son and her fight to keep him in her life. One unpleasantness follows another. We learn more about the protagonist’s many traumatic experiences, her depressions and numerous struggles to come to terms with all the misery and leave it behind. The writer gives us clarity through various flashbacks. Mocienne continues to follow the ins and outs of Michael Jackson constantly.

Following that incident, he frequently wore a wig in public, which is what gave him the signature long-haired look he would become most famous for. He also had some tattoos along his hairline to cover other signs of balding. Many fans haven’t forgotten how he looked with an afro though, leading them to think he was taller than he actually was. Michael Jackson wasn’t short, however, as 5’9” is actually the average height for a man in the United States, and he is still taller than many other famous artists like Justin Bieber who is only 5’8.” Although if you ask Bieber, he has been known to say he is 5’9” or 5’10” in an effort to appear taller for his fans. 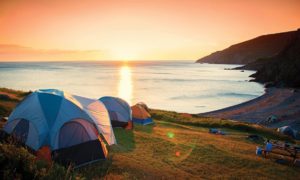